Agents On the Go in Africa 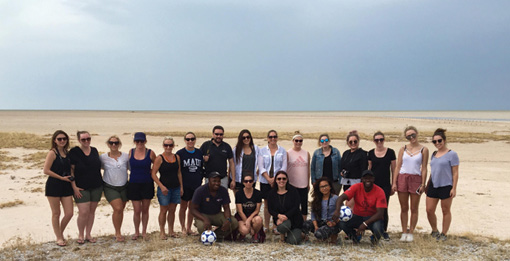 THE horizon hardly seems big enough to contain this group of incentive-winning Flight Centre consultants who were recently hosted in Namibia and South Africa by On The Go Tours and South African Airways.

The 16-strong group flew with SAA from Australia to Windhoek for a two week sojourn including a visit to Etosha where they were fortunate enough to see lions on a zebra kill, as well as sighting a leopard with an impala kill.

In Swakopmund they made short work of the restaurants and bars before heading to Sossusvlei and climbing Dune 45.

The trip wrapped up in Cape Town where they enjoyed dinner at Karibu before hitting the pubs on Long Street. The post Agents On the Go in Africa appeared first on Travel Daily.