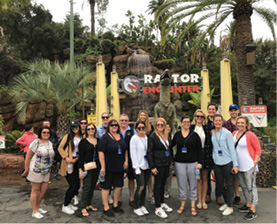 The group of agents flew Qantas from various Australian cities to Los Angeles.

To cap it off, the group even had a luxury sailing experience with Cabo Adventures.