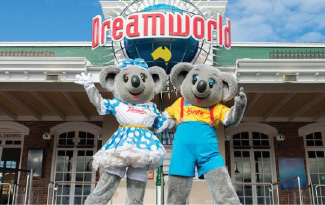 DREAMWORLD remains “in recovery mode” after the tragic accident in Oct 2016 which saw four lives lost, the theme park’s owner Ardent Leisure said this morning after announcing its first half FY18 results.

Ardent’s theme park division achieved revenue of $36.2 million for the six months to 31 Dec, down 11% on the corresponding period of $41.8 million in FY17.

“However, the recovery has been slower than originally projected”, the company added, which has seen Ardent determine an additional non-cash, pre-tax valuation impairment charge of $22.8 million this period.

Ardent said its theme park segment “will consolidate its position as a pre-eminent Gold Coast Attraction as the concept of a high quality leisure & entertainment precinct centered around Dreamworld evolves”.

“The business is prioritising the growth in visitation to pre-incident levels and beyond by measured investments in new attractions and is also reviewing options for the owned and underutilised land adjacent to the Dreamworld attractions.”