Build your own Contiki tour 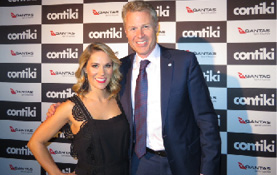 CONTIKI will target the free independent traveller (FIT) market with the launch of Independent Insider for its 2018 Europe program.

Independent Insider will allow young travellers to group destinations together to construct and build their own tour.

Speaking exclusively to TD at Contiki Legends, Contiki Australia md Katrina Barry said the product was designed for flexibility and freedom, which would shake up the youth travel market.

“Strategically we are opening Contiki to a whole new customer and audience, as well as taking a share of the FIT market,” she said.

The product follows eight different routes around Europe and offers 35 different combos that can be paired together.

Barry said travellers would be able to design their itinerary by piecing together three-day building blocks to create a trip ranging from three to 13 days.

“The big highlight will be that every customer will go to a local family and have dinner with them, which is included on every three-day building block.”

The product will feature other experiences most travellers may not experience at a city no matter how many times they’ve been.

There will also be plenty of free time for travellers.

Contiki has launched another 18 itineraries for its program, including new offerings in Britain, Spain, Portugal and Iceland.

“Pound is down, so Britain is up, so we have a new trip around Britain. Spain is also going to super hot,” Barry said.

“Portugal is on the rise for young Australians, which is a destination to watch for in 2018.”

Limited Edition tours will return in 2018 and remain mostly the same with food, photography and high end choices all back.

Contiki will kick off an agent roadshow on Fri to break down the new offering to the trade.

“The vast majority of our trips are sold by agents and that is our preferred channel.” The post Build your own Contiki tour appeared first on Travel Daily.