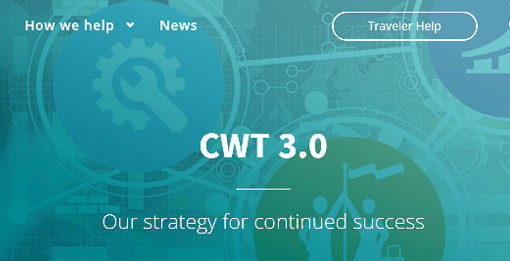 “2017 was the year our digital transformation strategy… started feeding through to the numbers,” said CWT’s president and ceo Kurt Ekert.

“We remain focussed on delivering a technology-driven, consumer-grade experience across all channels – and on building a high-growth hotel distribution business,” he said.

“Our 2017 results show our strategy is working.”

CWT increased its total transaction volume by 3.6% over 2017 levels to reach US$23.2 billion last year.

CWT’s other 2017 highlights included the delivery of its new tech platform myCWT, part of the group’s 61% increase in technological investments.

It also became the first travel management company to build and launch its own hotel distribution business, RomIt by CWT, which integrates retail and corporate-negotiated hotel rates with those from other large hotel content providers.

Its launch coincided with a 13% increase in hotel revenue for CWT during 2017.