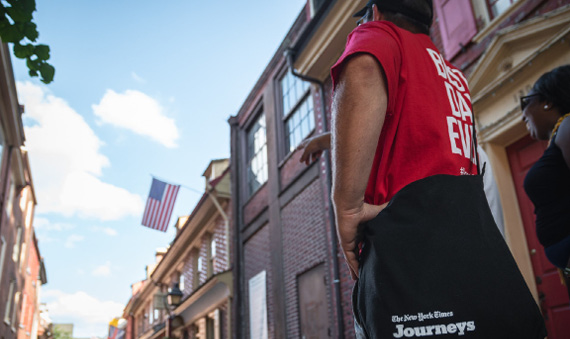 MELBOURNE-BASED Intrepid Group’s Urban Adventures brand has announced a partnership with the New York Times, which is expanding its travel offerings to include a day tours portfolio.

The US media giant has a popular “36 hours” column which details things to do during a short stay in a particular destination.

Urban Adventures will distil these itineraries into “an experience that can be enjoyed in less than a quarter of that time,” with the initial NY Times offering tours in Budapest, Tokyo, Paris, Toronto, Prague, Mexico City, Philadelphia, Marrakech and Brooklyn.

Urban Adventures MD Tony Carne told Travel Daily the deal with the New York Times continued strong growth for the brand which will this year record TTV of about $25 million.

“What we are offering the NYT is a product with a much higher use case, with daily departing tours in Madrid and Paris we can touch their membership base daily,” Carne said.

“The intention is to really broaden that product out…we’re hoping to get both Sydney and Melbourne rolled out in the next phase,” he added.

Founded nine years ago, Urban Adventures is on track to carry a total of one million passengers by 2021, making it the biggest operator of local experiences in the world in terms of geographic reach with operations in 160 cities on six continents.

Carne said other Urban Adventures partnerships include an agreement with Google, under which the operator has created unique experiences for the internet giant’s staff allowing people from different teams to socialise and form bonds outside of the office environment.