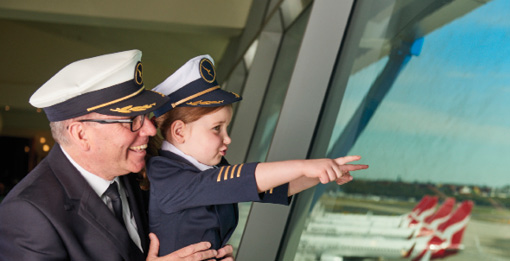 HOW cute is this? Qantas has launched a new collection of pilot and cabin crew outfits for children.

The carrier said it’s “looking to inspire a new generation of pilots, cabin crew and aviation enthusiasts,” with the dress-ups suitable for kids aged 3-8.

The unisex pilot uniform includes a navy jacket with four gold embroidered stripes to identify a Captain, with a hat featuring the iconic Qantas roo and Golden Wattle embroidery.

There’s also a cabin crew uniform for girls and boys.

Qantas chief customer officer Olivia Wirth said many of the airline’s staff chose a career in aviation after their first flight “so we want to find ways to create memorable experiences and inspire the future generation of Qantas customers and employees”.

The new uniforms are available for pre-order from the Qantas Shop for pre-Christmas delivery.