Lindblad’s night at the museum 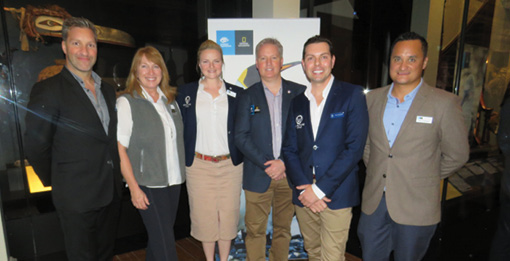 The announcement was made during a trade and media event held in partnership with Lindblad Expeditions’ Asia Pacific GSA, Adventure World, at the Australian Museum.

The evening started out at the venue’s latest exhibition, showcasing the “200 Treasures of the Australian Museum”, before heading into the theatre to hear about Lindblad’s new programs.

Guests were then captivated by anthropologist & filmmaker Juan Francisco Salazar, who briefed attendees on what it’s like to experience the frozen continent.

The night wrapped up with dessert in the Pacific Gallery and a peek at what to expect from Lindblad’s culinary offering. The post Lindblad’s night at the museum appeared first on Travel Daily.