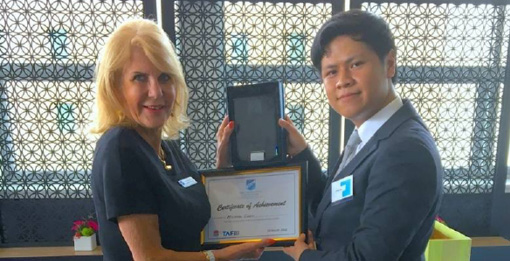 The initiative was part of the club’s fundraising initiative for 2017 and saw one accolade presented to a Tourism graduate and another to a Hospitality graduate.