U by U average age rising 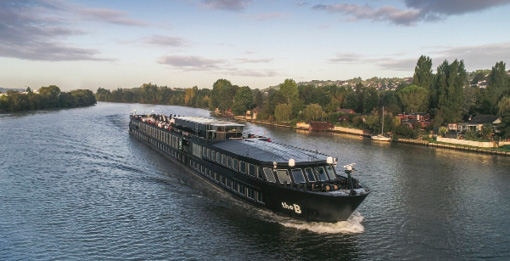 UNIWORLD’S decision to shed the age restriction on its new U by Uniworld program (TD 09 Mar) has seen the average age of passengers booking on sailings increase by more than 10 years.

“We’ve seen bookings come through beautifully since the change,” Uniworld ceo Ellen Bettridge told TD while aboard the newly renovated Super Ship Beatrice on the Danube.

The product initially launched pinpointing the 18-40 age bracket before being bumped up to 21-45 years, and then last month the age limit was removed altogether.

At the time, Uniworld said it was focused on the traveller with a “millennial-mindset”.

Bettridge admitted to initially “digging in her heels” to avoid removing the age boundary, but after having “heart to heart” chats with customers, the Uniworld exec team made the decision to pull the pin on the restriction.

“It was the right thing for us to do,” she explained.

Since removing the age cap, the average age of U by Uniworld’s client has notably changed.

“It’s not that much higher. Maybe we were more in the early 30s market for the average age & now its kind of mid 40s,” she said.

“It’s not a dramatic difference.”

She said that a group of agents from the Virtuoso luxury travel network recently had a chance of seeing the product before the inaugural sailing of The B later this month.

“The feedback they provided to me was U by Uniworld was akin to the W or Moxy brands in the hotel industry.

More from Uniworld on pages 2 & 4 and Cruise Weekly tomorrow.