Wicked back to old tricks 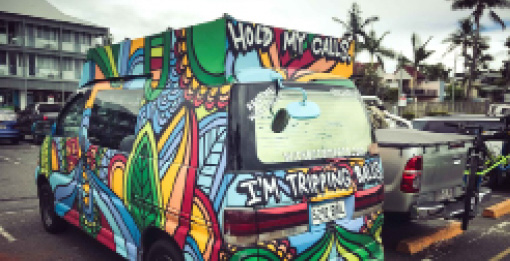 VEHICLE rental bad-boy Wicked Campers is back in the news after another ruling against it by Australia’s Advertising Standards Bureau (Ad Standards).

The renegade operator has fallen foul of the ad watchdog for a 79th time over a van painted in the style of a Dr Seuss book with an apparent reference to drug production in the TV series Breaking Bad.

Complaints about the van raised concerns that it was glamorising drug use and manufacture.

Wicked has stopped responding to Ad Standards complaint notifications and has prompted laws in three states which ban vehicles found in breach of the Advertiser Code of Ethics.

In the latest case, a Wicked campervan is illustrated with a man holding out his hand on which stands a blue crystal character, with the words “Mr White can Make BLUE can YOU?”.

In its ruling, Ad Standards noted the slogan was a reference to the Breaking Bad character Mr White who makes blue crystal meth.

It said the drug reference was obscure, but found it breached section 2.6 of the Code which says ads should not depict material contrary to community standards on health and safety.