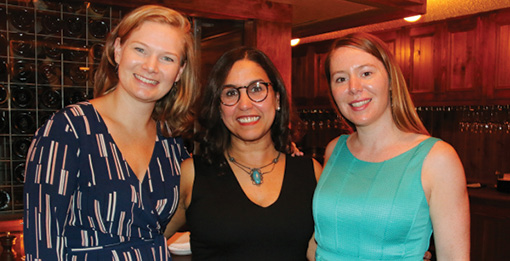 AUSTRALIA is the third-largest global market for the Eurail pass after the USA and South Korea, with the travel trade continuing to be a key distribution channel for the product which has been a European travel “rite of passage” for many Aussies.

This week Eurail market manager Australia, Clarissa Mattos, is here to meet with partners, and yesterday helped host a function in partnership with Rail Europe Australia.

Recent developments for the Eurail product include an 11- month booking period, the ability to use the Eurail Pass on Eurostar trains, youth fare availability for clients aged up to 27, and free travel for up to two children 11 and under when travelling with at least one adult with a pass.

There’s also a 20% saving on offer for passes sold between now and 31 Dec, in the return of a 2016 promotion which led to strong Q4 sales last year in combination with earlybird fares.

Mattos said in 2018 Eurail would begin piloting a new e-ticketing solution, with a phased approach which will see it gradually rolled out across the product portfolio country by country.

“We are looking forward to being able to share more information about the rollout of the e-ticket with our partners and agents before the end of the year.”

Other initiatives in the works include a smartphone app and the ongoing evolution of the Eurail product as an “experience” rather than simply a rail pass.

“When we read the feedback from Eurail customers, they do not mention the train,” she said.

“They speak directly about their experience – creating new memories, learning about new cultures, making new friends and having a unique lifetime experience…we want to build on this,” Mattos added.

The Eurail Global Pass, which covers all 28 countries and 35 transport providers in the program, amounts to about a third of sales, while the recently introduced Italy-Switzerland pass has been an outstanding success and comprises 15% of sales.