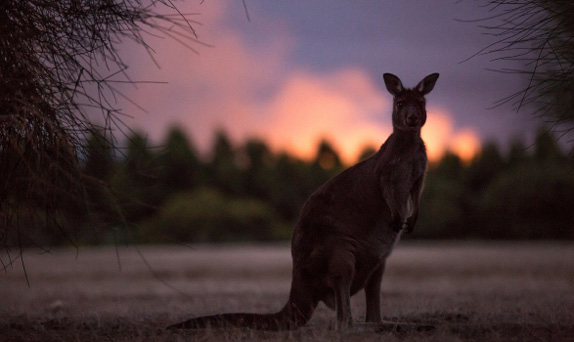 THE Federal Government has announced the details of a $76 million funding package to help rebuild the country’s damaged tourism industry in the wake of the bushfire crisis.

Describing the disaster as tourism’s “biggest challenge in living memory”, Prime Minister Scott Morrison revealed the emergency funding would include $20 million for a domestic marketing initiative, $25 million for a global marketing campaign to drive international visitation, as well as $10 million to create events, concerts, festivals and other visitor attractions in fire-affected regions.

“One in thirteen Australian jobs rely on tourism and hospitality so our $76 million investment is an urgent injection to help all those hotels, restaurants and cafes and tour operators get back on their feet,” the Prime Minister said.

“This is about getting more visitors to help keep local businesses alive and protect local jobs right across the country and especially in those areas so directly devastated such as Kangaroo Island and the Adelaide Hills, the Blue Mountains and right along the New South Wales Coast and East Gippsland in Victoria,” Morrison added.

The international marketing component of the initiative will seek to combat many misleading media reports overseas that have claimed most of Australia’s tourism attractions have been damaged by the fires.

“Tourism Australia will work with all states to upscale their existing and planned efforts to increase tourism visitation,” Federal Minister for Tourism Simon Birmingham said.

The Morrison Government’s National Bushfire Recovery Fund has also allocated $9.5 million to attract international media to Australia to participate in famil programs first-hand, as well as an additional $6.5 million to Tourism Australia to get more businesses and buyers to attend the Australian Tourism Exchange in 2020 via discount promotions and new incentive structures. 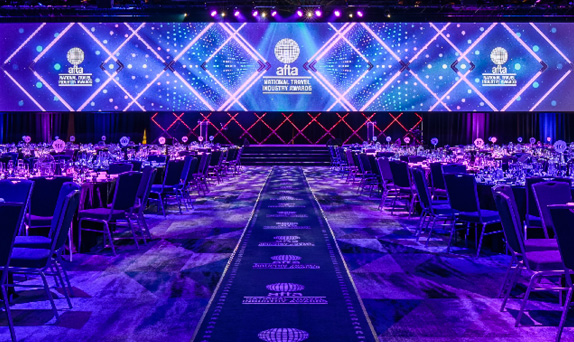 NOMINATIONS are now open for the 2020 AFTA National Travel Industry Awards (NTIA) (TD breaking news) – and this year’s event is expected to be particularly hotly contested.

The recently collapsed Excite Holidays (TD 14 Jan), which withdrew from AFTA and ATAS about a year ago, was curiously just seven weeks ago named “Wholesaler of the Year” in a rival awards program.

In contrast, the rigorous judging process of the NTIA ensures that the awards truly celebrate and reward the best of the best in the Australian travel industry, AFTA said, with categories covering travel agencies and individual consultants, as well as the various suppliers which support them and their businesses.

To enter, most categories require ATAS accreditation and participants go through a process which includes nominating, voting or a written submission & judging candidates by an independent panel.

The awards culminate in the announcement of the winners at the industry night of nights, the NTIA gala awards dinner, which will be held on Sat 18 Jul at the International Convention Centre, Sydney.

The four forms used in the NTIA process are: one for agents to nominate a supplier in various categories; a supplier form to nominate travel agents and travel agencies; the Emirates Travel Consultant Scholarship for self-nominations; and Travel Writer nomination form.

Nominations opened at 9am this morning and will close 5pm (AEDT) Fri 14 Feb.

The industry is encouraged to view the Conditions of Entry prior to nominating (HERE), with entries only accepted via the online form and each nomination to be verified to ensure its eligibility and validity.

The list of all 2020 Nominees will be announced in Mar.

To make a nomination or for more information, CLICK HERE. The post Get your nominations in! appeared first on Travel Daily. 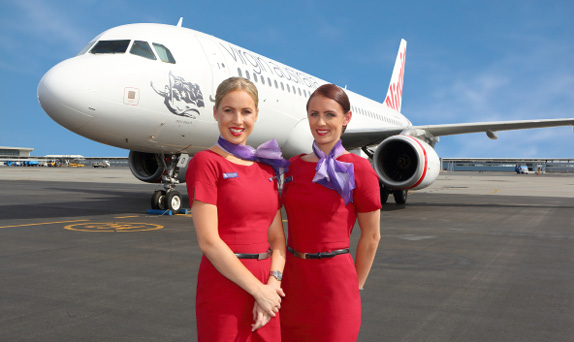 Effective 30 Jan, the Japanese Star Alliance member will begin codesharing on six VA domestic routes, with the NH code to be placed on Virgin services from Sydney to Brisbane, Melbourne, Cairns, Canberra, the Gold Coast and Adelaide.

ANA guests will be able to connect seamlessly onto Virgin flights, with bags checked through to final destinations and a single booking experience.

MacLeod said the partnership would allow the carriers to deliver a “high level of service and product for travellers.

“It’s important to us to provide travellers with better choice and convenience with our new flights from Brisbane, and the ability to travel onward in Japan with ANA.”

As well as the new VA Brisbane-Haneda flights, ANA recently launched non-stop services from Tokyo (Narita) to Perth and has also confirmed a doubling of capacity on Haneda-Sydney. WEBJET has extended long-time MD John Guscic’s contract by an additional two years through to 30 Jun 2023.

Under a new dedicated single-brand strategy, Bonner will look after Celebrity in Australia, NZ and Asia-Pacific, with the support of Singapore-based Apple Woo who has been promoted to Celebrity’s Director of Asia.

Other new Celebrity VPs, all reporting to the brand’s head, Lisa Lutoff-Perlo, will cover a newly consolidated Europe, Middle East and Africa (EMEA) region incorporating the UK and Ireland, as well as The Americas which includes USA, Canada, Mexico and South America.

THIS year’s Get Global business tourism industry showcase is offering up to five fire-affected Australian destinations the opportunity to be part of the event, taking place at the ICC Sydney on 10 Jul 2020.

The show’s co-founders, Gary Bender and Donna Kessler, said they understand how regional areas are suffering, and the value of the importance of the business tourism market to these regions.

Although Get Global is an outbound trade show, the one-off inclusion of the fire impacted destinations will give them direct access to leading event, meeting and conference organisers, and allow them to reassure the MICE buyer community that it is “business as usual” despite the fires.

APT has launched a sneak preview of its 2021 Europe brochure, featuring the flagship 15-day Magnificent Europe river cruise between Amsterdam and Budapest leading in at $6,695 with an early payment discount.

New tours in the program include the Balkan Explorer cruise aboard the double-width AmaMagna and Colours of Provence in the South of France.

“Ice skating in Central Park, the Rockefeller Christmas tree, window displays on 5th Avenue – New York at Christmas is a bucket-list experience for many and is now just one flight away,” he said.

“Our non-stop flight will make it easier than ever for Kiwis and Australians to swap a sunny Christmas for New York’s winter wonderland,” Wallace added.

The airline will operate three return services a week.