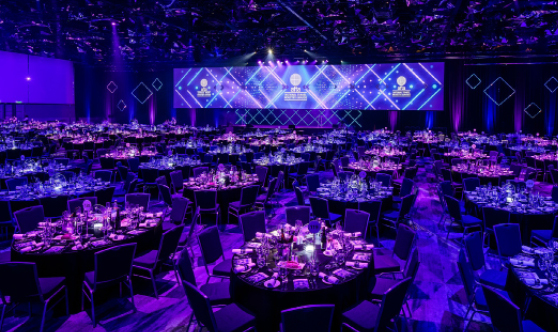 SINGAPORE Airlines’ signing as the major sponsor of the National Travel Industry Awards (NTIA) (TD breaking news) sees the carrier step up even more on its previous longstanding support for the event.

AFTA CEO Dean Long said the Federation was extremely excited that SQ had come on board in the new partnership.

“NTIA is the major awards night for the entire travel industry,” he told Travel Daily yesterday.

“Having a premium carrier like Singapore Airlines sponsoring the premium awards night is a perfect brand alignment between both organisations.

“We’re really excited about how we activate during the night and leading up to the night to engage the trade, and the really great thing is we’ve got a common goal of having a fun, entertaining and inclusive evening planned, so it’s going to be really exciting.”

This year the 15 Oct industry night of nights will operate in a new format, with about 30% less awards, revised categories and new nomination and judging procedures (TD 22 Jun) – and all the celebrations will be “in the room”, rather than extending into the traditional SIA after-party.

“The party needs to be in the room,” Long said.

“We’ve been here for 55 years, we’ve been hand-in-hand with the travel industry over the last two years,” he said.

“For us this is an easy decision, frankly, an opportunity to support the trade further, to celebrate their efforts and recognise what we’ve all been through over the past two years,” McJarrow added.

Further details of the nomination and voting formats for the highly anticipated 2022 NTIAs are expected to be revealed in the coming days. 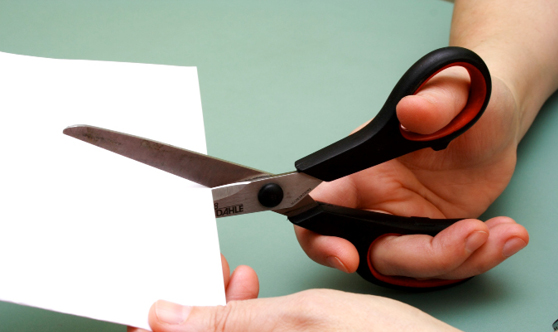 QANTAS today confirmed it will lower domestic capacity by 15% over the coming months to “assist with the recovery of sustained high fuel prices”.

No changes will be made to international capacity, with the overall changes bringing QF Group domestic flying down to 106% of pre-COVID levels for the Oct-Dec 2022 period, and 110% for Jan-Mar 2023.

“These reductions, combined with robust international and domestic travel demand, are expected to help the group substantially recover the elevated cost of fuel indicated by forward oil prices,” the carrier said.

The move will also help with near-term resourcing pressures, with QF thanking customers for their patience and understanding as the carrier works through what it described as a “challenging restart for the industry globally”.

Significant preparations for the upcoming Jul school holiday peak travel period include a 15% increase in ground handling staff, while airports are increasing their security screening resources.

Scheduling adjustments have been made to better spread peak times, and QF said it would have two widebody aircraft on standby, along with a 20% reserve cohort of team members to minimise any impact of sick leave.

MEANWHILE Qantas has also announced a $5,000 “recovery boost” for up to 19,000 staff who are covered by Enterprise Bargaining Agreements (EBAs).

The one-off bonus is being paid in the form of shares, once new EBAs are signed, with the overall cost of the offer estimated at about $87 million.

“It’s been a tough few years for everyone in aviation, but we promised to share the benefits of the recovery once it arrived,” said CEO Alan Joyce. 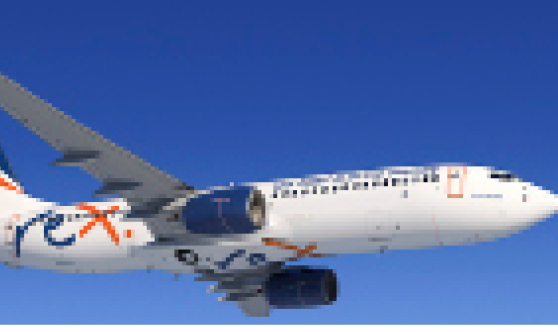 Deals include new contracts with Helloworld, Webjet, Consolidated Travel and Corporate Travel Management, along with a “landmark 10-year agreement with Flight Centre which ensures that Rex will be Flight Centre’s partner of choice over the next decade”.

All the agreements are effective from Jul, and are expected to result in Regional Express more than doubling its annual domestic jet revenues, as well as boosting sales on the carrier’s regional network across Australia.

Rex GM of Sales, Ann Elliott, highlighted the importance of trade distribution, saying “as we continue to grow our network, our travel agency community is critical to this success and we look forward to working in close partnership with them.”

“These new partnerships are a testament to our growing reputation as a safe, reliable and affordable full-service airline which is enjoying ever-increasing passenger support,” she added. 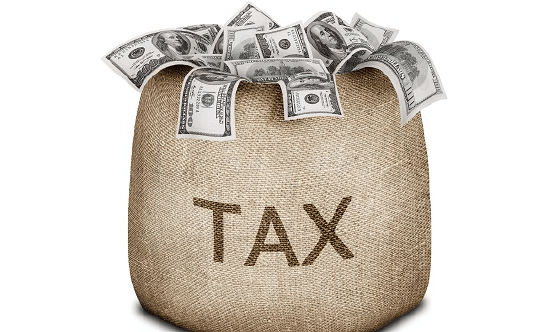 QUEENSLAND is canvassing the idea of slugging visitors to the state with a levy to help subsidise the cost of its 10-year tourism strategy (TD 22 Jun).

Contained within a 38-page report put forward by an expert tourism panel this week, the study conceded the idea would be “polarising” as to whether it is an appropriate way to raise funding for the state, but that after stakeholder consultation, concluded it should be part of the funding mix to achieve Qld’s 10-year tourism recovery strategy.

Cairns-based travel veteran Robbie Bastion was cited in the report supporting the idea of a visitor tax, insisting the notion is often derided unfairly.

“A tourism levy is not a mythical beast…the Gold Coast, the Sunshine Coast, the Surf Coast in Victoria and Broome all have a levy to subsidise their tourism efforts, it doesn’t only enhance their efforts in a financial way, it liberates their thinking, their innovation by utilising their community’s money for the benefit of all,” he said.

However, the recommendations did come with some caveats, namely that any funds raised need to directly support the development of the visitor economy, and that any levy imposed must also be transparent and 100% reinvested into tourism development and marketing.

A tourism tax would mainly be paid through accommodation providers, the report also noted. 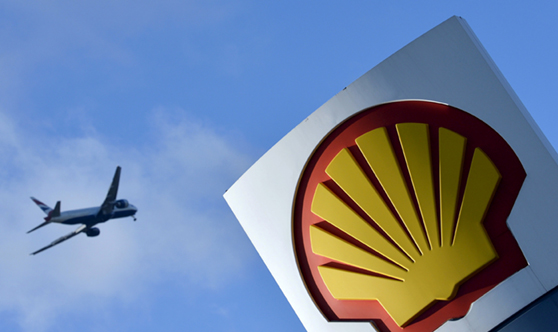 AMERICAN Express Global Business Travel (GBT) is partnering with Accenture and Shell in a major new initiative allowing the accurate allocation of Sustainable Aviation Fuel (SAF) use for business travellers.

A pilot phase of the scheme is offering about one million gallons of SAF to customers drawn from the GBT client portfolio of 19,000 business across the world.

It allows secured allocation of SAF’s environmental attributes to companies and airlines after the fuel has been delivered into the supply network.

“With Avelia, airlines and business customers could simultaneously reduce emissions in their respective scopes, while ensuring transparency and accountability by avoiding issues such as double-counting,” according to a statement from the participants.

“Developed by Shell and Accenture with the support of the Energy Web Foundation, Avelia includes Amex GBT’s world-leading travel management services to aggregate global business demand for SAF, which will increase SAF supply and use, and help accelerate the aviation industry’s pathway towards net-zero emissions,” they said.

Shell Aviation President Jan Toschka said SAF was a key enabler of decarbonisation in the aviation sector, and it is a solution available right now.

“However it’s currently scarce and costs more than conventional jet fuel…Avelia will help trigger demand for SAF at scale, providing confidence to suppliers like us to further increase investment in production and in turn helping to lower the price point for these fuels.”

Amex GBT CEO Paul Abbott urged all companies to join the program to share the costs and benefits of SAF across the travel and aviation sectors.

“A truly viable route to decarbonising air travel is now open for business,” he said. 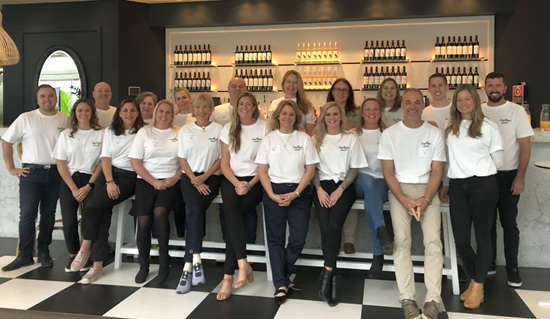 VISIT Sunshine Coast (VSC) has this week been hosting domestic roadshows with 18 operators showcasing new trade-ready products and updates from the region. Workshops and networking events were held earlier this week in Sydney and Melbourne with over 100 ITO/OTA and retail agents in attendance, with these photos taken during the events. The post Walking on Sunshine appeared first on Travel Daily.

ENTIRE Travel Group is offering discounts of up to 30% on a new selection of Tahiti packages, in partnership with Air Tahiti Nui and Tahiti Tourisme.

All packages are available to quote and book 24/7, and are supported by Entire’s Peace of Mind Booking Plan – more at entiretravel.com.au.

QANTAS is set to expand its international hub operations in Perth, this morning confirming plans to operate direct flights from the WA capital to Johannesburg (TD yesterday) as well as to Jakarta.

The growth is being supported by the WA Government’s Reconnect WA package, with QF to work with Tourism Western Australia to boost inbound visitation from both South Africa and Indonesia into the state.

Three weekly A330 JNB flights are plotted from 01 Nov, while QF 737s will fly to Jakarta from 30 Nov, with the new WA destinations complementing QF’s existing Perth-London and new Perth-Rome services (see p4).

The series is designed to provide agents with more in-depth knowledge about various cruise destinations around the world, enabling them to stand out from the crowd as genuine experts.

“As cruising returns to ports and destinations around the world, this showcase will allow travel agents to arm themselves with valuable information to share with their clients,” CLIA Australasia Director of Membership & Events Marita Nosic said.

Participants will earn three CLIA Accreditation points for each destination presentation they join live, after completing a short quiz, and there will also be 10 prize packs to be won.

The program will take place from 19 to 26 Jul, with full details and registration available at cruising.org.au.