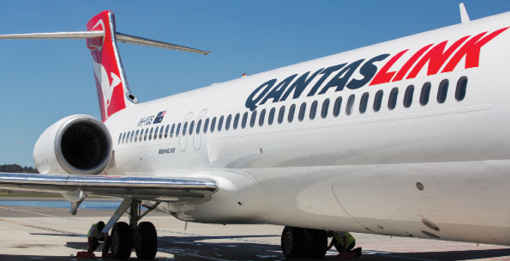 It says the carrier sustained more than 1,000 direct jobs in roles like pilots and cabin crew, and supported a further 5,000 in the supply chain – such as travel agents and support staff.

“Qantas was founded in outback Queensland almost one hundred years ago, and since then we’ve been partnering with small and big businesses right across regional Australia,” said QantasLink ceo John Gissing.

MEANWHILE Qantas today announced the next step in a process to choose a regional location for its new Pilot Academy.

The airline has called for submissions from state and local governments to find a regional centre with a suitable airfield, access to uncongested airspace and the infrastructure to support and accommodate 100-500 student pilots.