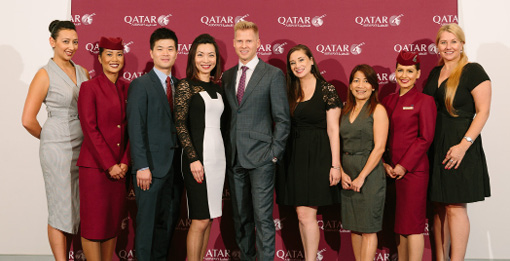 QATAR Airways celebrated the launch of its new A380 service from Perth to Doha by this week throwing on a spectacular cocktail event at the Perth Convention and Exhibition Centre.

In attendance were representatives of the Perth travel industry who were shown the carrier’s award-winning Business Class seat in the flesh.