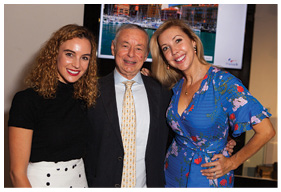 Now in its fourth year, Good France, orchestrated by the French Ministry of Foreign Affairs and Chef Alain Ducasse, brings French gastronomy to over 3,300 restaurants worldwide.

In Australia, chefs from all over prepared dinners to pay tribute to the excellence of French cuisine and unite people around the common values of sharing and enjoying the “gastronomic meal of the French” as inscribed on UNESCO’s list of Intangible Cultural Heritage of Humanity.