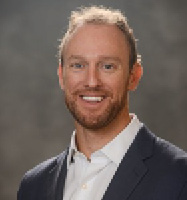 “I am very excited to welcome Steve to lead Wendy Wu in Australia,” said Karbo.

“His track record of growth is exceptional, and with Steve at the helm I anticipate even stronger relationships with our trade partners, driving revenues through both consortia and independent retail agents,” he said.

Richards has 16 years’ experience in the travel industry, including roles as gm of sales and marketing at Best Western, state sales manager NSW/ACT at AAT Kings and national sales manager at The Travel Corporation’s then stand-alone brand Inspiring Journeys.

Richards said it was an exciting time to be joining Wendy Wu.

“The company has gone through rapid transformation over the past few years,” he said.

“Our strong relationship with trade partners is a key strategy in getting us to even greater heights.”