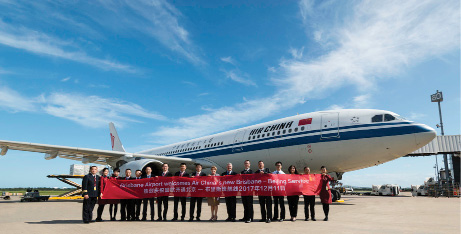 AIR China yesterday inaugurated its newest international route to Australia with the debut of nonstop flights between Beijing and Brisbane, complementing routes to Sydney and Melbourne.

The route is seen by Brisbane Airport Corp (BAC) as a “critical link” between Queensland’s international gateway city and the capital of China.

“These direct Air China flights will help grow this important market which will have flow on benefits for every sector of our economy, from business and investment to tourism, trade and education,” Alroe added.