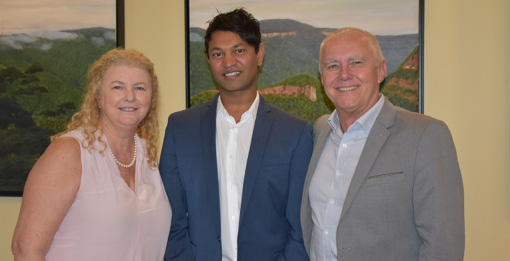 ONE of the greatest true-life stories to hit Australian cinema screens in recent years was recounted in first-hand detail over the weekend when Saroo Brierley took the stage at the Mobile Travel Agents (MTA) conference.

Brierley’s emotional account of being separated from his mother in India at age five – and his incredible quest to relocate her decades later using Google Earth – formed the basis of the Oscar-nominated movie Lion starring Dev Patel and Nicole Kidman.

The story of his eventual reunion was told to more than 400 delegates on the Gold Coast on Sat, including his aunt Christine Fensom who is an MTA consultant based in the Adelaide Hills town of Bridgewater.

With barely a dry eye in the house, Brierley was joined on stage by his adoptive mother Sue who raised him in Tasmania and travelled to India to meet his birth mother Fatima Munshi.

It was the highlight of a conference that also included keynote presentations from 60 Minutes journalist Allison Langdon and round-world solo sailor Jessica Watson, a regular ambassador for MTA.

Brierley is pictured at the conference with MTA founders Karen and Roy Merricks.