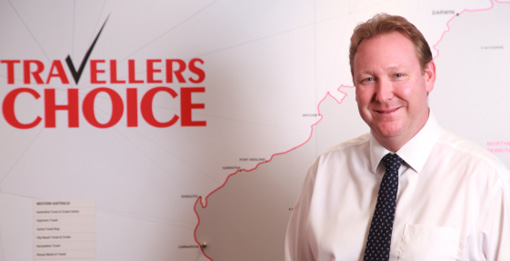 MORE than a third of Travellers Choice agencies (36%) are expecting to grow their employees or open additional locations in the next few years, according to a new survey of the group’s members.

The research found the figure rose to 44% when the time frame was shifted between four and seven years, while less than 3% of participants said they believed they would not be trading within seven years.

“That in itself reflects the fact that they operate well-established, highly-successful agencies and they know Travellers Choice will continue to provide them with the support services needed to capitalise on growth opportunities,” he said.

The figures also indicated members were preparing for change with 38% saying they had a succession plan and a further 32% claiming they were currently working on a plan.

A total of 99% of survey respondents indicated they were ‘satisfied’ or ‘more than satisfied’ with their membership of the network and the level of service and support provided by the Travellers Choice corporate office staff.

Hunter said the survey results were being used by the Travellers Choice Board to inform and shape strategic planning activities.