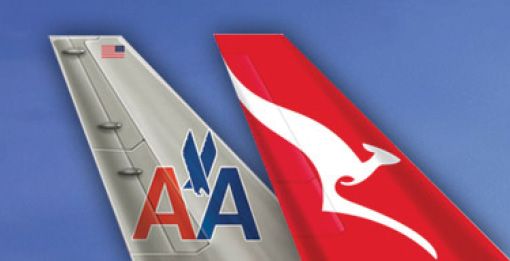 The latest round of submissions in favour of the pact have come from multiple senators & mayors across the US, convention centres & visitor bureaus, hotel groups, businesses, corporations and even a hockey team from Chicago and a space port in Texas.

AA/QF are seeking antitrust immunity from the US Dept of Transportation for a planned joint business agreement, and already warned that should their tie-up be rejected it could see Qantas wind back or even withdraw on some routes, including its Sydney-Dallas/Ft Worth city pairing.

Overnight, submissions of support for AA/QF’s JBA were filed by mayors in Glendale, AZ; Shreveport, LA; Kilgore and Tyler in TX; along with senators from Arizona and judge from Texas.

Also in the mix and flagging support for the American/Qantas JBA was the US-Japan Council.