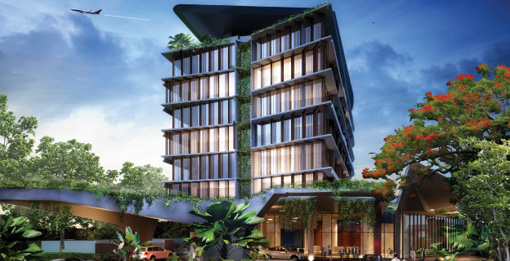 RYDGES has unveiled plans to open a $50m hotel with a rooftop bar and viewing deck at Gold Coast Airport in 2019.

The four-star hotel will include 192 rooms and suites spread across seven storeys, along with a restaurant, resort-style swimming pool and function, conference and meeting facilities.

Gold Coast Airport ceo Chris Mills has declared the hotel as a “game changer” for the airport and the southern Gold Coast.

“The hotel is an important part of the airport’s broader property strategy and we expect it will stimulate interest in a number of other exciting projects being considered for the precinct.”

“An airport hotel provides comfort to the travelling public that they will arrive at the terminal in time for their flights,” Robinson said.

A render of the hotel is pictured.